By Martin Till May 26, 2020
Zuzana Valla has recently completed a project on some of the key workers that we never see during lockdown. While we all see media reports about, for example, health and social care professionals, teachers and supermarket workers, there are some other groups of key workers hidden from view. Zuzana has documented some of the people who are among those involved in food production, helping to feed the nation.

The project is posted on her website at https://www.zuzuvalla.com/home

We thought that this project would be of interest for members of APS to hear about, so Anthony Baines interviewed Zuzana for us. 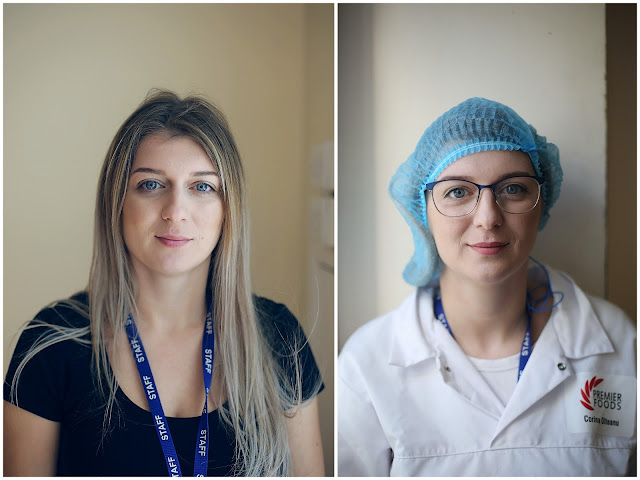 A worker at Premier Foods, in and out of overalls and hairnet. Picture © Zuzu Valla.
For those Ashford Photographic Society members who don't know you well, can you tell us a little bit about yourself?

I've been a member of Ashford Photographic Society for three years now. I have a part-time job as an Improvement Technologist at Premier Foods in Ashford and the rest of my time I dedicate to photography. I divide my time about 50/50 between each of them. My main photographic interests are in portraiture, and fashion. For example, at London Fashion Week I spend most of my time photographing with and for designers who are showing their work.

How did you come up with the idea for this project?
It starts with the fact that I am a photographer, and during the lockdown it has been very hard to arrange portrait sessions because of social distancing. I found it extremely boring.
So, I was talking with a friend about it, and the idea came up that I could photograph colleagues at Premier Foods as a project to document their work keeping the nation fed during lockdown. There were obvious problems with this, especially as all operations in the factory are specifically prescribed, and this would be well outside any normal procedures: it didn't seem likely that I would be able to get permission to take my personal camera into the factory and do anything that might be seen as interrupting its normal operations. However, I managed to talk to HR about it, and to my surprise they were very enthusiastic. We had to think of ways to work within the various regulations, particularly in relation to health and safety, as well as maintaining social distancing and hand hygiene. The factory employs about 400 people on sie working in three shifts. Social distancing means that a strict one way system has been introduced as well as 2 metre distancing between people. However, with the goodwill of HR and our safety people, I was given permission to undertake the project. One of the considerations was that my camera had to be inspected before and after each time I took it into the factory to ensure it met safety standards. It's essential that no foreign objects get dropped in the factory area, so I even had to leave my lens cap behind, in a safe place, before entering the factory area. 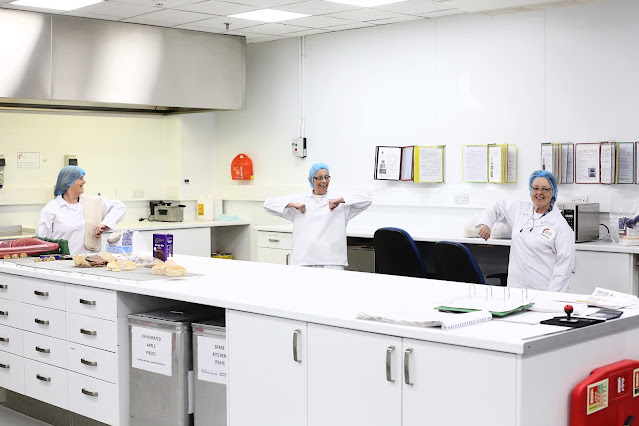 Social distancing in practice. Picture © Zuzu Valla.
Tell us about why the people in this project are classified as key workers? What is it that they do that is so important?
Production of food is an essential activity, and so the workers in the factory are  regarded as key workers. One of the points about the factory is that it is a windowless environment, and so the workers are literally hidden from view. Something that seems to be missed in the current lockdown is that although everyone says "thank you" to the key workers, many of them are notseen. One of the things I wanted to achieve with this project is to shine light on these hidden
heroes. 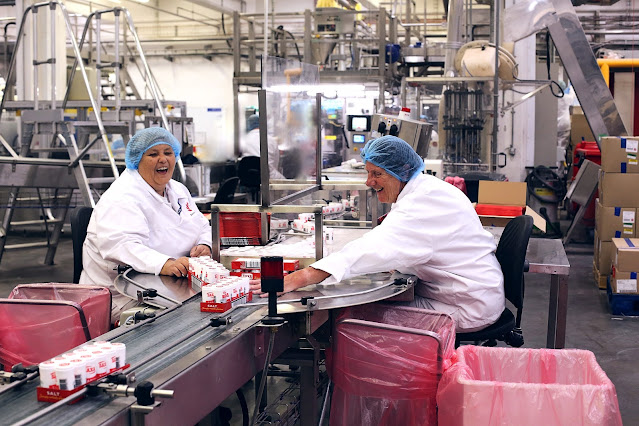 Saxa salt production. Picture © Zuzu Valla.
The pictures overall have a very happy atmosphere about them and you've portrayed a lot of humour in them. Do you feel that you've captured something in the pictures that reflects the feeling among essential workers during a pandemic?
The remarkable thing about the lockdown is that it seems to have brought people together, and they feel stronger that way. The atmosphere has not changed but people seem to be very happy doing a job that is now regarded as key work, even with social distancing. Even when keeping their distance, they keep smiling.
How did you you approach your subjects?
I messaged people I knew over Facebook to say that I was starting this project and would they be willing to take part? Everyone I approached was extremely happy to do so, and very enthusiastic.
When I showed them the pictures they seemed to love them. Before posting them anywhere, I made sure to get permission from the subjects for their use. To my surprise, even the girls liked the pictures — I had expected them to be a lot more fussy about their appearance!
What was your approach to setting up the portraits?
The individual portraits were taken by window light. There are no windows in the factory itself, so I had to take them out to one of the entrances — or even the washroom — to find a window that they could stand by. Window light is very soft, and I like the Rembrandt lighting effect that it can give. There are three different entrances, each with windows, so that gave me the opportunity to produce different backgrounds for different portraits. I didn't need to use any artificial light for this.
For the pictures deep in the factory, I just used the light that was available. This meant that the ISO value had to go very high, as there was not that much light.
What camera/lens did you use?
I use a Canon 5D Mark III, with a 50 mm f/1.4 lens. For the portraits by window light the exposure was typically around 1/60, f/4.5, ISO 100. For the pictures within the factory they would be around 1/100, f/5.6, ISO 2000.
Are you planning to exhibit this project anywhere?
The project has been extremely well received, not just by the people I  photographed, but by Premier Foods itself. Some of the pictures are going to be exhibited in the main entrance anyhow, but Premier Foods themselves are  sending it to the national Food And Drink Federation for their hidden heroes campaign.
Is there anything you would like to do to follow up on this project in the future?
I have already been approached a company in Canterbury, who saw what I've been doing, to do a similar project with them. I also want to extend this to other key workers. I've already approached other possible subjects for photography, so you should be seeing more of my portraits of our overlooked heroes. 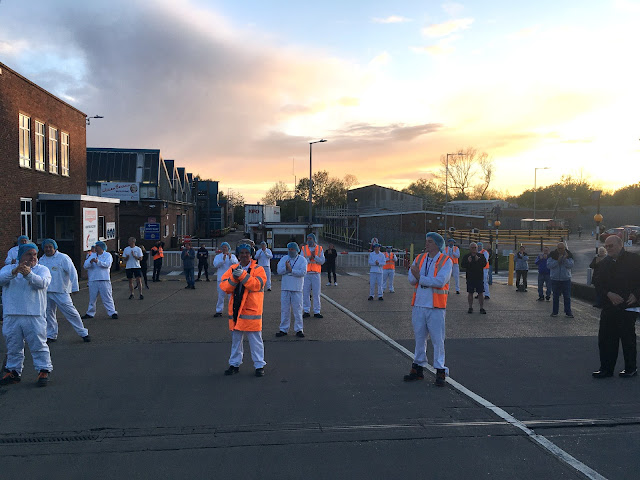